This is a big month for Xbox One as we launch some of the features you’ve asked for most including better multitasking while gaming, more ways to stay connected with friends, new options for accessing your media, and more. Over the past couple months, we’ve been rolling out some great new features to Xbox One through our system updates, and we have been thrilled with the positive feedback we’ve received from all of you. Keep it coming! There’s more new features rolling out to Xbox Live members in our preview program starting today, and over the next week or so, in two major themes.

Improvements for TV and video

I wish I had much more time to post more than just trailers but that’s what happens usually when I start seeing someone in the first few months so far anyways. :)

But as far as this trailer goes, Let’s Be Cops, starring fucking Damon Wayans Jr. and Jake Johnson whom are just badass hilarious actors to begin with. I think this will be hands down the best comedy of the year, and definitely for the summer.

It has been a while where I have laughed so far and even went as far as to re-watch this trailer a few times. I am anxiously waiting for this movie. Especially this year being probably the first year where I have barely watched movies or gone to them as much, probably because my interests and things I am doing have changed so much.

Finally! The first Godzilla trailer has been released. It is about damn time too and boy is it fucking awesome. The movie is set to release May 16th, 2014.

Jurassic Park 4 has been renamed to Jurassic World and has a release date of June 12th, 2015 which is so god damn fucking far away. :'(

I am excited for it though and the new series of them. Yes, more than just 1 movie to come! I have always loved the Jurassic Park series yet alone have seen them all way, way, way too many times. 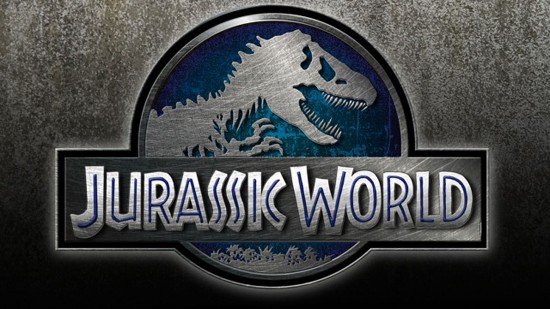 Only 5 more days till Grand Theft Auto V comes out and the wait will be over! I think this one is really going to revive the series and bring back how awesome they use to be especially since Saint’s Row titles are hard to compare to the GTA series and have been prety much a disappointment like the latest.

Also the map was leaked today on Reddit/NeoGAF, if you were unaware the map is bigger than Red Dead Redemption, San Andreas, and Grand Theft Auto IV combined. You can view the map by clicking read more.

Today is of course game day and the Bears have their first game of the season in just about hour against the Cincinnati Bengals at home.

I really hope that Cutler can be that great Quarterback this season and not perform like he has in the past. I am trying not to expect a lot from him and this will be the season I give up on him too if he does not. I am excited for Forte to blow up this season, the same goes with not just Marshall but I think Alshon Jeffery is going to continue to surprise us.

Our Defensive looks amazing still, even with all the changes everywhere and being Offensive minded now.

Simon Pegg and Nick Frost team up again in this new moving coming out August 23rd, 2013!

The wait is over! The trailer for Grown Ups 2 has been released and I’m anxious to see it already. The trailer sort of reveals a lot but it does look a lot funnier than the first one.

I normally can like most movies and enjoy them to a point, but I can only do that so much and for so many movies. These are those movies of 2012 that I thought and I am sure many others will agree with me, were absolutely terrible.

Those are most the movies that I can think of that I just think were absolutely terrible for 2012 that I watched. There were some decent movies that I do not find to have been terrible, such as Battleship (not that it was great either though) but just decent or other movies that were somewhat funny like The Watch.

Here is another what will likely be a great and hilarious movie coming out this year this time starring Mark Wahlberg and Denzel Washington together whom play undercover agents to investigate one another and so forth. I am a huge Mark Wahlberg fan, same is easily said for Denzel too. The trailer is a few minutes long, so if you hate when trailers reveal too much and/or too long, this could be one of those.