Fuck yeah another movie for this year to look forward to.

Update Feb. 2013: This movie was terrible. Maybe the next one will be better. The ending scene and whatever happens after that should have been this movie instead.

The Chicago Bears released their 2012 schedule a few hours and this is what we have! I overall like the schedule and the teams we will be facing during the regular season. I think we have a chance, especially with our new roster, to make the playoffs and a run for the Super Bowl. After all, we do have Brandon Marshall, one of the best fucking wide receivers right now! He will be joining Jay Cutler again, they have great history together. 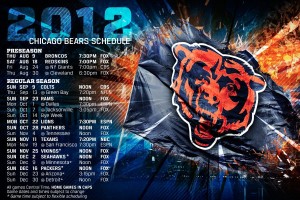 Last night I went and saw the midnight premiere of American Reunion with my girlfriend Jordan and my brother. It was fucking awesome and absolutely hilarious to say the least! It definitely exceeded my expectations and I would definitely say it was a good as American Pie, if not better than it.

While it does not take much for me to laugh, I laughed through the entire movie. The directors Jon Hurwitz and Hayden Schlossberg (whom did the Harold and Kumar movies) did a great job keeping it true to what we have all come to love, enjoy and the laughter along with Executive Producers (and anyone else!) Jason Biggs and Seann William Scott.

I would highly recommend nearly anyone go see it especially if you have always enjoyed the true American Pie movies, if you have not seen them you might want to go watch 1, 2 and 3 before you see this one.

Nike has unveiled a new uniform for the Chicago Bears! Not much as changed and still shares the traditional feel that we all love with the Bears.

The new jerseys are done in a classic Bears style. The most notable difference is that the player numbers are on the shoulders instead of the sleeves, allowing for a bigger George Halas logo on the sleeves. The jerseys are more fitted than in the past, but that is as far as the obvious visual changes go. Other changes to the uniforms include a lighter belt ring, and numbers that are sewn into the fabric as opposed to sewn on to the jerseys, allowing for a more lightweight uniform.

Brian Urlacher was sent as a representative to check out the new uniform and tweeted this photo to everyone. 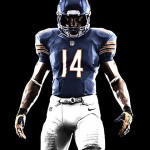 While the uniform does not mean a whole lot to me and I am sure others, I would rather the Bears play better as they have been and dominate. I think the new players we have recently acquired such as a new WR Brandon Marshall will help us out a lot and hopefully get us to another Super Bowl!

But with that said I absolutely love and dig the new glove design (top right image).

Brian Urlacher, Linebacker for the Bears, also tweeted about the new uniform stating:

Here is a quick list of the movies for this year that I am definitely looking forward to seeing.

Otherwise, I would highly recommend clicking read more and reading my comments towards each individual movie, why I want to see each one and their trailers. I will also likely be updating this list as more movie trailers get released such as the remake of Total Recall later this year.

I’d like to wish everyone a Happy New Year!

Also depending on how 2011 went for you, that 2012 be another great or better year for you.