On March 31st, 2016 you will no longer be able to use Chrome to Phone. Google decided to (sadly) get rid of it a while back. You also may even be aware that Google is advertising another way to still send items to your phone and that’s by typing in “Send a note to my phone” but this feature has actually not worked since November 2015 and it’s now the very end of February of 2016. There are a bunch of posts about this same issue by others on the Google Forums but apparently there’s not a Google employee that ever used either Chrome to Phone or the newly advertised replacement “send a note.” Odd right?

Well a while back I remember a post on the XDA-Developers forums from someone making a replacement for Chrome to Phone. Since Chrome to Phone will stop working in a month, I decided to revisit this application and see it’s progress, I’m glad I did. It’s an exact replica of Chrome to Phone and I love it. 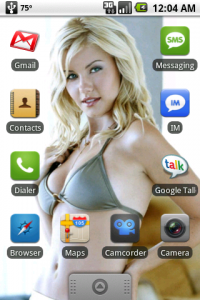 This is my third list of my top G1 Apps. I think I will do this every so often months just to give some people a fresh list of what is out there, what is better than previously was and so forth. If you would like to, you can read my previous top G1 apps lists here, #1 and #2.

I have since rooted my phone as of last week. I am sure if you have rooted your phone by now, you have already installed aNetShare if you at any point in time plan to tether your phone to your laptop/other devices. Also Advanced Task Manager is key to have to close apps in use.

If you use JesusFreke’s root, make sure you grab JF Updater if you have not. I however am not nor going to use any type of App2SD, I do not recommend using Move Cache either (see an earlier post of mine about this).

If you have not rooted your phone, unless you plan to tether, control tasks or do something else that requires root then you do not even bother to, though it is very, very easy to accomplish.

Since before I have removed AnyCut and replaced it with Better Cut. I actually decided to make my phone more Apple theme like using BetterCut to replace a few icons on the desktop (I am an Apple fan just not an AT&T fan).

I also decided to replace the default virtual keyboard that came with Cupcake with Better Keyboard.

If you do not know by now, make sure you download the new version for Google Maps. You will find it much better with more features, it sadly does not show up for an update until you do this. Google also just came out with a new application about 2 weeks ago called Places Directory and boy, what an amazing new app by Google. Very good and useful, I highly recommend adding it to your collection.

Here is the “full” app list I am currently using that I recommend that most people have or try out not including root apps: AK Notepad, Better Cut, Better Keyboard, aTrackDog which will check apps for updates, Movie Finder, My Account, MyBackup Pro which backup text messages, apps, contacts and more, OI File Manager, OI Flashlight, Places Directory which will find nearest gas stations, restaurants and more, ShopSavvy, Weather Channel, TuneWiki which is the best music player, Twidroid best Twitter client so far, Txtract which backs up text messages and WeatherBug.

Android 1.5 Cupcake rolling out next week

T-Mobile has finally announced that Android update 1.5 “Cupcake” will start rolling out next week. You may not get the update next week but will run into the update by the end of the month. You can always force your update too by manually updating.

Find out everything new in the 1.5 update here: Android 1.5 Feature List

This is an update to my earlier post in December 2008: My Top G1 Apps. So a while back I wrote a list of great apps that I use and recommend to others. Well overtime, new apps have come out that are either much better then another one like it or just another new app has come out that is great.

I still use Scoreboard, Shazam, TuneWiki, PhoneFlix (NetFlix) ShopSavvy, The Weather Channel, Ringdroid, Bartender and more from my previous list. Given I have already set my settings for Ringdroid and Bartender is only necessary here and there. I have removed and replaced StreamFurious with Last.FM App. StreamFurious is still very nice, I am not putting it down but I use and enjoy Last.FM much more to my liking. Check them both out, they are very similar but also very different.

Twidroid has become much better then when I last talked about it. A LOT better but I still have some problems with it, I would love to see a new UI especially. It is constantly being updated and developer seems very nice when I have emailed. There still is no Facebook App, requiring you to still have to use the browser. Sadly, it is very doubtful we will ever see a Facebook app for the Android/G1 especially given the fact that some Facebook employees hate the Android/G1 and for heaven shake, Facebook will you add T-Mobile to Mobile?

Some new apps have come my way since my last post and those would be the following to check out.

– Xbox Friends List (1337pwn) – No need if you do not have Xbox Live or do not even plan to use.
– AK Notepad – This has been out a while but it is a great notepad so far that I have found.
– aTrackDog – Check all your apps for updates.
– Txtract – Backup all your text messages.
– MyBackUp – Backup almost everything on your phone from contacts to text messages to apps.
– Movie Finder – Probably the best movie application on the G1, I love it.

I use the following as well but only when needed: SnapTell, Finance, Voice Recorder, Cubik, OI Flashlight (the lack of a Flashlight having come from a Sony Ericsson W800i still sucks and miss it) and OI Shopping list.

Here his a phone that could of been released many, many years ago before cell phones are now more widely used than home phones. If you ask me, this is just a waste of money unless you have the money to waste. Check out the Verizon Hub here. 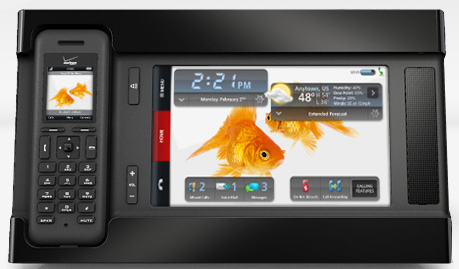 These are not in any particular order either.

I am still waiting for a good Twitter App to be made. I am not happy enough with Twidroid and the others are still not as good as Twidroid too. I do wish the Facebook App would get better, if possible. The MySpace App is pretty cool if I were actually use MySpace.

Now there are still other good apps to use that may not be on a regular basis or a game. These do not include the default apps that already come with the phone like Amazon MP3, Maps, etc). Those would be the following: Any Cut, aSettings, Backgrounds, Bonsai Blast, HotSpot Locator, Hold’em, MyBackup, PAC-MAN, ParkMark, Picasa, PhoneFlix (NetFlix), Pro Basketball, QSearch, Quickpedia, Tetroid, Solitaire, Tip Calculator, Txtract and Video Player.

I picked up the G1 phone from T-Mobile this past Saturday. Now having played with it for almost a week I must say this is such a great phone. I honestly had so many doubts about the phone to where I stuck with wanting to purchase the Sony Ericsson W902, well that finally came out and just as expected, price was $550. Honestly, such a great phone but did not want to pay that price especially when you do not get much out of it for what the G1 offers especially for $199.

I started with the RC29 update, battery life and things were great having just used it, few recharges from Saturday through Tuesday. Early Tuesday morning came finally with the RC30 update. Whoa, did that help the battery life so much more. I especially love the fact that if needed I could change the battery out unlike say the iPhone.

The applications so far are not so bad, I am loving ShopSavvy even though I do not use it as much but it is still nice. The iPhone has such an app too, so not like it has not been done before. I love the Google account integration, works flawlessly just as you would hope. Amazing. I am just anxiously waiting for more applications to come to the phone though.

Keyboard and touch screen work great. I honestly had doubts about the phones look when deciding about finally purchasing it. After going to the local T-Mobile store it did not look as bad as it did online pictures. The plastic is not so bad at all, I think it looks like in black and not so good in brown. The white and gray is very nice though and which I bought it in.

It has a great phone. If you are a T-Mobile customer or not, I would really recommend looking into purchasing this phone, go play with it and possibly even buy it. It can definitely compete with the iPhone and overs advantages over the iPhone but vice-versa disadvantages as well.