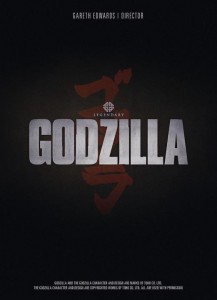 Legendary Pictures teased everyone at Comic-Con of the upcoming Godzilla Reboot scheduled for release in 2014! I am absolutely excited to hear about this. I cannot wait till we see an actual trailer of this movie later on and who will be casted.

However I really would much have preferred Godzilla 2 instead. If no one remembers the ending credits of Godzilla with Matthew Broderick, Jean Reno and Maria Pitillo their was still 1 baby Godzilla that hatched even after the bombers blew up Madison Square Garden.

According to those who saw the teaser at Comic-Con, it made the 1998 version look like a walk in the park.

“There’s nothing ‘sci-fi’ about this movie,” director Gareth Edwards told the crowd. “It’s all very realistic, down to Earth.” The trailer was not without Godzilla’s classic roar. The Hall H crowd roared themselves, in approval, which Edwards said almost made him cry.`

Want to adds news here? PM me on the forums

I want the Galaxy S6