Last week I received an email from FreePay for a $400 SuperGiftCertificate and immediately redeemed it for 4 $100 BestBuy Gift Cards. Today I received them physically in the mail from FedEx! I am now finally fully done with FreePay. I chose to get the $400 gift card instead of an Xbox 360 because I already have owned an Xbox 360 since release date and who knows when I would actually receive it from FreePay and how far down I am on their list to receive one. Plus now I can get something else instead if I want. 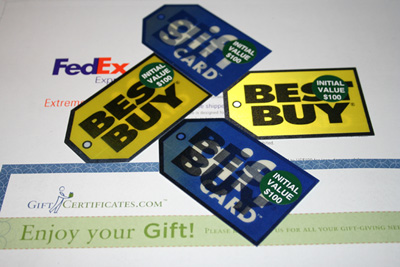 Customer loyalty means nothing to T-Mobile